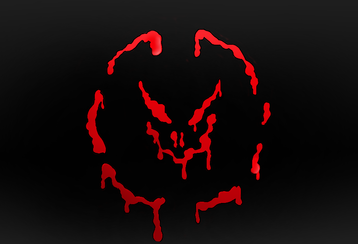 "We knew that we were too late when we saw the damage outside. There were Marauder flags stamped all over the corridor walls. We could tell that the residents put up a fight. They set up barricades, even vented parts of the station to stop them. But still...there was a lot of blood, and bodies. Not that much damage to the habitat's interior–their weapons fire was accurate and restrained. This particular chapter had some training, and discipline. No survivors. My partner asked me if they killed the others. Nah. When people resist, Marauders get angry. They'd make an example out of you, but they wouldn't take a stiff back to their ships. No dead weight. Lives bodies, though, they could make use of. I tol' 'im...you might be one of the lucky ones if you don't survive a Marauder assault."
– Inspector Bellamy, 6/10 Rangers Special Crisis Unit

Marauders are spacer enclaves that use interstellar piracy, illicit criminal, and terrorist acts to acquire materials, funds, resources, and territory. They routinely conduct raids on ships, settlements, space stations, and populated habitats of various types throughout the known galaxy. Their activities were once wholly limited to the more populated inner systems, and especially the wealthier charter member worlds of the Colonial Commonwealth. Continued anti-Marauder operations eventually purged them from the core systems by the mid 2350s, with many of the older legacy chapters being totally disbanded or eliminated.

Marauders have been able to exploit certain weaknesses of their targets, which has also allowed them to avoid being completely eradicated from the galaxy. Marauder chapters are extremely organized internally with their own rank, ceremonies, support networks, communes, and even their own social support systems including retirement and pensions.  From their earliest days, Marauder chapters have had organizational efficiency on par with the most crime syndicates, with many of their early key figures having military training and experience. They are also adept at avoiding capture and ambush by law enforcement agents via their frequent movement throughout settled space, where jurisdiction can become muddy and bureaucracy can become an obstacle.

In much the same way that computer hackers of the late twentieth and early twenty-first centuries use their acts to show that commercial cyberspace was vulnerable to attacks and malicious activity, the early generations of Marauders demonstrated to early colonists that the stars were just as dangerous.

The origins of the first Marauders chapters is a subject of much debate, but what most sources can agree upon is that their rise is synonymous with humanity's expansion into space. It would seem that as soon as the high frontier became open to commercial enterprises and the public, Marauders were there as well.

In the Early Colonial Period, a number of armed spacer bands resorted to illicit criminal activity and piracy in order to survive in the harsh environment of space and the crushing economic realities of the Reconstruction Era. Many of these groups operated in the belt subsystem and preyed upon independent or smaller-scale mining operations as well as poor pilgrims and pioneers settling early spacer communities. After a number of successful campaigns, the numbers of these so-called ‘marauders’ grew as they splintered and became more organized. While successful, their early operations also led to more scrutiny, drawing ire, criticism, and condemnation from the solar community.

The first Marauders eventually expanded their operations to include larger-scale enterprises undertaken by powerful corporations such as interplanetary shipping, forcing them in turn to employ strict security protocols, military-style convoys, and the introduction of skilled mercenaries. Marauders also ironically forced the solar community to come together in order to enact new laws and create law enforcement agencies with broad jurisdiction and powers.

After mining and shipping operations in the Sol System became not only lucrative, but also an integral part of the system's economy, a coordinated system-wide campaign to rid Sol of piracy was conducted. While Marauders were effectively eradicated from the system, they still persisted in separate organized chapters in neighboring systems, using new commercially-available 'jump drive' interstellar travel technology. Free from Sol, they continued to prey upon poorly-defended regions of the galaxy.

Humanity has come a long way from our dawn, but we've also gone backwards in a few areas. Early humans understood the utility of cooperation and community. They knew that the way to get over the next hill was together, and it was how you took down that mammoth or buffalo, too. Our contemporary interstellar society is obsessed with trailblazing and being the first, but for what? Is it to put in the work and build a new sustainable community from the ground up? Or is it to find and fight over the next new resource? We celebrate the so-called pioneers of the past: the first arks that founded the First Five colonies, the first transstellar flight using wormhole travel. Obsession with being the first overshadows everything else: the things that it cost us to get there, and why we went in the first place. We glorify the arrival at a new world but leave a line of ruined ones in our wake. We never had to learn how to be the stewards of these world, and now we never have to. Interstellar travel has given us an inexhaustible new frontier to exploit. The planets that we’re landing on don’t belong to us, and we aren’t entitled to their fruits.

We've descended from people with the colonial settler mentality. People who planted flags on other peoples’ lands and called it an act of 'discovery.' It’s an imperialist mindset that we must move past if we truly want to earn a place in the stars.  I’m less concerned about who the first person to settle the next world is as much as I’m concerned about the last war we’ll ever fight, or the last child who has to go hungry. How can we ever stop this act of perpetual taking? Is there a way to close the frontier?
– excerpt from the treatise Closing the Frontier
While their culture is understandably stigmatized, Marauder society is among the most misunderstood and complex of all spacer communities. Far from being the lawless savages that many colonists view them as, Marauder culture itself is so complex that they have their own subcultures varying from chapter to chapter around the galaxy, organically evolving and adapting over over time out of necessity and as a result of their constant displacement. Marauders wholly embrace their fearsome reputation as a point of ironic pride, and also rely on fear as one of their main weapons against outsiders. If the galactic community fears them, they surmise, they may be less willing to hunt and engage them in open space.

In order to be self-sustaining, Marauders have developed their own markets, industries, supply and distribution chains, and multi-generational settlements with civilian families living in relatively egalitarian settlements. There is no strict division of labor, with roles assigned even to young children as part of their rearing. However, Marauder enclaves care for elders and the infirm, taking on double duty if they need to and emphasizing job training with considerable overlap in case a small number of people need to care for the larger community.

Rather than thinking of Marauders as gangs of space pirates, they're rather like independent spacer enclaves with their own traditions and lore. Being one of the oldest self-sustained spacer enclaves, and originating from Sol as the cradle of humanity, their history dates back to the early days of space travel and pioneering.